Key Management Style Differences between Germany and the USA

Management style differences between supervisors from companies in the USA and Germany are often surprisingly pronounced. In fact, they account for some of the most difficult-to-navigate territory when it comes to business cooperation between the two countries. In my seminars, questions arise repeatedly about why a supervisor / colleague / counterpart from the USA is acting (or reacting) in ways that are difficult for the German half to understand.

In order to start untangling these key differences in management style between the USA and Germany, I will turn to an illuminating piece of recent research. Additionally, I will provide tips for both the Germany and USA sides in order to help both parties chart a path forward for greater understanding and a more productive business relationship.

In 2017, a study from the Hans-Böckler-Foundation compared similar engineering firms in Germany and the USA. The data revealed that managers in German firms have an average of one supervisor for every 26 workers, whereas in the USA the ratio is one manager per seven employees.

The researchers went on to examine the looser supervision of employees in the German companies. They subsequently concluded that factors such as more intensive job training and more cooperative relationships between workers and management in Germany lead to an overall atmosphere of higher trust. Trust, of course, leads to independence. They further concluded that the overall stronger job security in German companies empowered employees to work more independently than their counterparts in the USA.

I cite this study because it echoes in my seminars as well; German participants regularly wonder why their US counterparts seem to require such explicit guidance so frequently. This seems like an opportune time to remind folks on both sides that some key cultural differences are at play.

As the study explains, the level of specialized vocational training Germans receive does not exist in the same form in the USA. Technical colleges exist, but the concept of pairing these institutions with private industry is still in its infancy in the USA. Programs are limited in availability and scope in comparison to the German “Ausbildung” (Apprenticeship) track. More than likely, a young person will have attended a traditional four-year college with no specialized training, so any skills they will need for a specific job will have to be acquired on the job.

It is also worth mentioning that your American colleague has been through a school system (or homeschooling curriculum) that puts a heavy emphasis on creativity in contrast to your traditional German educational stress on procedures and structures. So while they may be full of ideas and enthusiasm to implement them, they will likely take a less systematic and planned approach. 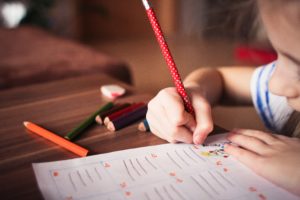 School subjects in the USA and Germany are similar, but in the USA teaching and learning methods emphasize creativity and imagination more than in Germany. This carries over in the workplace.

What this means for you as a manager (or colleague) is that you will need to be more heavily involved in guiding them through the details. The paradox for you will be that if you alert them to risks and potential problems too frequently, you will likely come across as negative and de-motivating. Your job as a manager (or guiding colleague) will be to hit the sweet spot between the German “plan for the worst” orientation and the American “Do it! No risk, no fun” attitude. Also, talking about worst-case-scenarios often makes the far less job-secure Americans nervous; all those potential problems represent points where they could be booted from their positions for the mere arising of said problem.

It will require adjustment on your part as well as the persuasive power to inspire adjustment on your counterpart’s end. Since every situation is a bit different, a specific plan for how to approach this is best worked out in a full intercultural training. For now, it is important to understand that this is a very common area of friction in the working relationship between Germans and Americans. 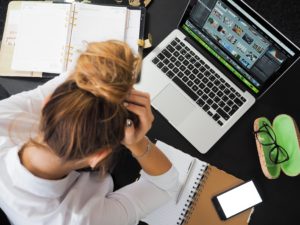 Never underestimate the effects that low job security has on both employees and managers in the USA. Germans are advised to keep this in mind when working with their American counterparts.

If your manager (or guiding colleague) is from Germany, be prepared for a heavy emphasis on planning and up-front discussion. Your manager will likely expect a high level of independence on your part, but will also expect a high-quality contribution from you when the time comes.

If you are unclear about what he/she is asking from you, be aware that it is perfectly okay to ask questions. Because working backward from the worst case scenario is the German comfort zone, your manager will appreciate you identifying possible risks and problems, as well as a considered solution, if possible. This conversation should happen at regular intervals from the very beginning, however. Waiting until the deadline to raise uncertainties will be frustrating for everyone. 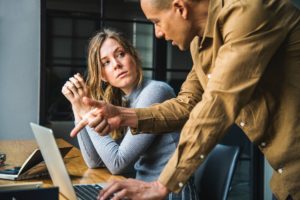 Whether you are managing or being managed by Germans, be prepared for that famous German focus, intensity and attention to all that could go wrong. Also be prepared for a more blunt communication style than you are used to.

If you are managing a team with Germans, do not be surprised to see them working highly independently, and asking detailed questions or pointing out risks and problems along the way. They are not doing this to put you on the spot; Germans tend to invest themselves more heavily in the project and less (in comparison to Americans) in the relationship with the manager.

This is NOT to say that Germans are cold and unfriendly as team members; only that their communication style will be direct and factually related to the tasks at hand. Do not be taken aback by the comparatively blunt, emotion-neutral (was that diplomatic enough for “dry”?), communication style. From the German point of view, this is an appropriately efficient and respectful way to communicate with folks at the workplace.

By understanding the key management style differences (see…I managed to stay on track with the alphabet, sponsored today by the letter “k”) between supervisors in Germany and the USA, you will be better equipped to work past those differences before they derail the working relationship. Because each situation has its unique personalities and elements, an intercultural training can help you to work out a game plan for dealing with your particular situation.