Ah, the holidays. No, not those holidays. In the USA, we have lots of them, scattered throughout the year, often resulting in extended weekends. Knowing the basics about these holidays is useful to Germans for three reasons:

As a way of pre- testing your fitness on the topic, I have kindly developed a pop-quiz in two parts. I also threw in one Canadian holiday to keep things interesting. I’ve even provided an answer key below…but NO CHEATING!!!

Americans sure do like their holidays…and sprinkle them year-round!

Which holiday named above above belongs to which date?

1. Celebrated on November 11, the anniversary of
the end of World War I:

2. Celebrated on the Last Monday of May:

3. Celebrated on the first Monday of September. Also
celebrated in Germany, though on a different date:

4. Celebrated on December 26, though in North America
only in Canada:

5. Celebrated on the fourth Thursday of November:

6. Celebrated on the second Monday of October:

11. Celebrated on the third Monday of each January:

12. Most states observe this day on the third Monday of February:

So, now let’s test your knowledge of the holidays’ significance. Fill in the correct holiday from above. 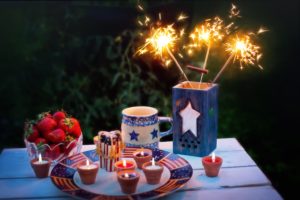 Let’s celebrate! What do you know about the origins of American holidays?

Celebrates the creation of „Old Glory“:

Honors military members who have died while serving:

Celebrates a furry weather-predictor from Punsutawney,
Pennsylvania. Made into a movie in 1993:

A day commemorating the birthday of the USA’s most celebrated
civil rights activist:

Celebrates the United States’ establishment as its own self-ruling
country:

Celebrates the birthday of American leaders, several of whom
were born in the month of observance:

An originally pagan holiday brought to the USA by immigrants from
Ireland and Scotland:

A day originally intended to give servants for the wealthy a
day to spend with their own families; also a day for tradesmen
to receive gift boxes as appreciation for good service (Canada only):

A day to celebrate and unify workers:

Commemorates the explorer who „discovered“ America;
Many states now commemorate the people who were
already native to the land:

Veterans and Memorial Day: The American military is held—at least symbolically—in VERY high regard amongst Americans. Avoid critical words about the military or the holidays commemorating U.S. soldiers. While Americans are complicated on certain substantive matters regarding veterans, virtually no one disputes certain gestures customary to honoring those who have served and sacrificed. These include the two dedicated holidays, military discounts at many businesses and designated parking spaces. „Thank you for your service“ is a regular response when someone identifies him/herself to another American as an active or former member of the armed forces. 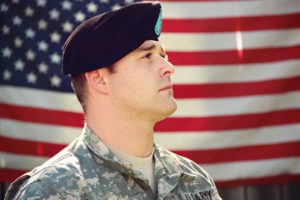 Patriotism is a value that underlies many American-specific holidays.

Flag Day: Americans take their flag very seriously, including giving it its own holiday. Although an unofficial holiday, many celebrate it by hanging Old Glory outside their homes. Again, Americans have a complicated relationship in substance with the flag; a very current debate is whether kneeling in front of the flag—especially while the National Anthem is playing—is a sign of disrespect to the flag and those who have fought for its ideals, or rather a sign of respect for the American values the flag symbolizes and those who have fought for those values, even as those values are applied imperfectly. If you’re interested in drilling down deeper into this debate, please start here.

How Non-Americans Should Observe Flag Rituals

If you are a German (or other non-US citizen) in the United States and wonder what you should do during a Pledge of Allegiance or other ceremonial tributes to the U.S. Flag (with or without the National Anthem), have a look here. In short, stand at respectful and silent attention with arms at your side.

Don’t Create Fireworks with Your Fireworks

Fireworks are common on Independence Day as well as New Year’s Eve (in some areas) in the USA. However, the sale and setting off of private fireworks may or may not legal, depending on where one lives in the States. If you are a German visiting or on assignment in the USA and would like to participate in the technicolor festivities, please check first with local and state laws to find out what is and isn’t allowed in your area.

If you live in or work with folks from the American South, you will likely notice that some (especially those from Mississippi, Arkansas and Alabama) refer to Martin Luther King Day either simultaneously or exclusively as “Robert E. Lee Day”. Lee was a commander of the Confederate Army during the American Civil War. This practice is an indicator of the very complicated and still fraught history of civil rights in the United States. This is particularly true in the American South. Non-Americans should avoid chiming in on the topic. Remain in listening-only mode, however, and you will have a front-row seat to the dynamic–and still painful– process of Americans struggling with their complex history and its impact on modern times. 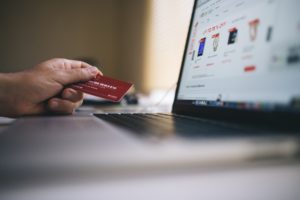 Thanks to “Cyber Monday”, Germans can now enjoy the bargains of Black Friday without the crazed crowds!

The fourth Friday of November (i.e., the day after Thanksgiving) has come to be known as Black Friday. This is the day that many retail stores in the United States offer extreme discounts to usher in the first day of Christmas shopping season. In the last few years, Black Friday, and its cousin Cyber Monday, has infiltrated the online shopping landscape. This has allowed Germans to feel the magic of this especially frenzied time of an already frenzied consumer season.

By knowing the dates and origins of special U.S. holidays, you’ll likely be a step ahead of many Americans. The next time you talk with your Stateside colleagues, give them the test to find out!

Today’s blog sponsored by the letter “h”, by the way…

If you have questions or comments on holidays or other U.S. topics, give me a holler!