Me First: You Will Never Understand Americans Until You Understand Individualism

I say it up front at all intercultural trainings: you will not understand how Americans „tick“ in the workplace—and in society—unless you understand the American brand of individualism.

Individualism is a core American value that goes back to the USA’s founding. Officially, individualism is defined by the Cambridge Dictionary as “the idea that freedom of thought and action for each person is the most important quality of a society, rather than shared effort and responsibility”.

A full exploration of how individualism runs through the American psyche—on an private, professional and sociopolitical level—is beyond the scope of this post. Do, however have a look at this comparison of Germans and Americans regarding the metric of individualism. This post will highlight how this difference plays out in the workplace. 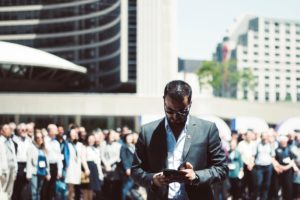 Individualism permeates every layer of American behavior, including at the workplace.

Driving individualism at work is the At-Will Employment principle. Because job security in the USA is comparatively low as a result, employees tend not to develop loyalty to a company. The motivating engine behind one’s work performance is the ability to point to individual accomplishments. These in turn demonstate the worth of that individual to the company.

As a result, employees in the USA tend to focus more on goals that will yield quick results. Long-term and big-picture goals whose results are not immediately mesurable at short and regular intervals will take a back seat for achievement-focused individuals. Meetings with supervisors will often involve employees touting their accomplishments, whereas bringing up problems and difficulties will often be avoided or downplayed. Regular positive feedback from supervisors is expected; a lack of praise and recognition will demotivate and likely lead an employee to conclude that his/her performance is unsatisfactory. 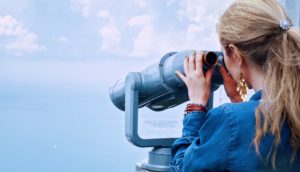 Many Germans are surprised to learn how strongly individualism influences American working style. They see the American tendency toward small talk, frequent meetings and team-building initiatives as signs of a strong collaborative culture. In fact, these things exist largely because Americans need to have their focus directed and re-directed toward the collaborative. They need regular reinforcement of company goals, since the natural instinct for Statesiders is to work toward individual accomplishments.

For this reason, much incentivizing in the American workplace revolves around individual praise and team- or company-wide individual recognition. Awards, certificates, plaques or even monetary bonuses are common and expected practice. One of the most impactful acts a satisfied customer can perform for his/her contact person within a company is to write him/her a letter of appreciation, while forwarding a copy to that person’s supervisor. 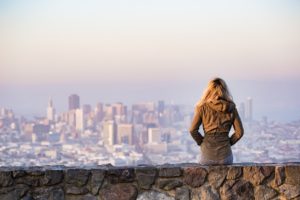 In contrast, Americans can easily be led to believe on the surface that Germans are very individualistic in their working style. It is still not unusual for those who have individual offices to keep their doors closed. The comparative lack of office chit-chat and intensely concentrated working mode leaves the impression that Germans work for themselves. This could be true in comparison to more collective cultures, but in comparison to the USA, the German work style is distinctly more collaborative and company-goal focused.

Despite appearances, Germans spend much time at the early stages of a project in close communication and discussion about goals, strategies, methods, metrics and tasks. This phase can be lengthy; the individualist American will often get impatient during this phase as s/he is not likely to recognize this meticulous planning as an accomplishment unto itself.

Once goals, etc. have been set and tasks have been allocated, Germans will work individually toward completing their part in the project, with the assumption that other team members are doing the same in service of the collective good. Individual recognition and praise (especially in front of other team members) will likely make Germans feel uncomfortable, as completing their tasks competently is expected and not grounds for special attention. Only extraordinary or groundbreaking accomplishment will merit extra acknowledgement. 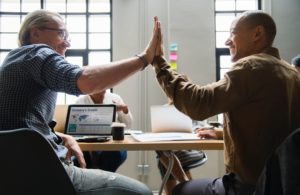 Despite differences, working together productively is possible.

With these differences in mind, German managers of American team members can take away the following:

-Be aware that Americans are often not used to thinking in terms of worst-case scenarios, difficulties and risks; their contributions to the project planning phase may be thus be focused on positive (or overly-optimistic) outcomes rather than deep analysis of what could go wrong.

-Where possible, set short-term targets that give Americans the chance to make an impact on the overall company (or project) goals.

-Be generous with recognition and praise for jobs well done—even if a job well-done is your basic expectation. Remember, job security is not a given for Americans, and lack of positive feedback is often interpreted as a strong signal that an employee’s performance is not up to par.

-Where possible, highlight for your team how individual contributions fit together for the common good of the company, which in turn benefits the employees. This is a good time to introduce visuals (such as puzzles or posters). Incentivize both individual and team accomplishments– and be ready to do so creatively; games and friendly competitions are often effective.

For Americans managing (or being managed by) Germans:

-Be aware that part of doing your job well includes discussing difficulties and risks. German managers will expect it and German employees will do it. It is not a sign of defeatism or incompetence but rather a normal part of the project planning process.

-A German employee’s intense focus is not (necessarily) a sign of hyper-individualism and lack of team spirit but rather a sign that s/he understands his/her role in the teams’ accomplishments and is serious about fulfilling it. Likewise, if you are an American on a German team, observe and internalize the deep discussion and analysis phase of a project. Embrace that this phase is a valid accomplishment in itself, especially in that (usually) leads to a smoother project execution.

-Be more restrained with widely broadcast praise and recognition of German team members for anything other than extraordinary accomplishments. You are likely to cause discomfort and come across as insincere. Occasional positive feedback delivered discreetly will likely be well-received.

“I” is for “Individualism”, and keeping in mind the core-defining role individualism plays in the American workplace will help you to effectively navigate your working relationship with your U.S. (or German) colleagues and avoid business-damaging misunderstandings. We explore this topic and many more in our intercultural USA trainings…give us a holler!