Teamwork and “Verbindlichkeit”: What Germans and Americans should know

On the heels of another intercultural training, Imma go ahead and devote some time to a topic that bubbles up again and again and again (and, for good measure, one more „again“) from the fine businessfolks of Germany regarding working with their American counterparts.

The word my German seminar participants use to describe this particular sticking point is „Verbindlichkeit“, which translates into English as „obligation“, „bindingness“ or „commitment“. Specifically, they often describe situations where they need something from the American colleague, ask politely–but probably pretty directly–for it, are told „Sure thing, I’ll get right on it“, or some variation thereof, and then…crickets. This triggers a cycle of repeated requests, repeated assurances that [xyz] is on the way, repeated lack of substantive response, and thus increasingly exasperated Germans.

If you’ll allow me to briefly go all social-scientific on you for a moment: cultural communication styles have been defined by my peep (I’ve never met the man) Edward T. Hall, who described „high context“ and „low context“ communication styles in various cultures. Basically, in high-context cultures, messages are conveyed less through words and more via mutually understood subtext based on what few words are used in a communication. If you are part of the cultural „in group“ (sounds kinda Junior High, doesn’t it?), you will catch the communication drift without it being explicitly stated in so many words. Conversely, low-context communication relies on the words of the message themselves to convey the exact and entire meaning of a message.

Assuming you’re still with me—please wipe off the drool and sit up straight—what this all means is: on the high-versus-low-context spectrum, both Americans and Germans fall on the low context end. Germans, however, tend to be even lower context than Americans. The words a German uses convey the exact and entire meaning and intent of a message, whereas Americans may rely a bit more on implicit messaging. Again, this all comes down to a matter of degree, but the small difference can be significant, as I am consistently learning.

So, what does this all mean for the introductory scenario? Let’s use as an example a German („Hans“) and an American („Bob“). The two are colleagues, working together from their respective home countries. Hans needs a document from Bob by the end of next week, and sends him a short e-mail to this end:

„Hello Bob, I need [document xyz] from you. Please send it to me soon.  Best regards, Hans“

„Hey Hans, Great to hear from you; how are you doing? I’ll shoot [document xyz] out to you ASAP. Have a great day. Bob“

Bless their hearts, Hans and Bob. They are both on course for the typical „He’s not doing what he said he would do“ versus „He keeps badgering me for [whatever]. I’ve got a billion things to do, he’s not my boss, I’ll get to it when I get to it!“ spin cycle.

By throwing in „soon“, Hans assumes it is clear to Bob that time is of the essence for sending the document, an assumption that seems to be confirmed by Bob’s „ASAP“ response. By adding some small but (to him) significant chit-chatty elements to his communication, Bob is trying to bring the business transaction to a more personal level; this mixing of business and personal is the American comfort zone. Given the choice, we Americans like to keep things upbeat; Hans’ initial request is too direct and directive. thus unintentionally eliciting a defensive (and possibly defiant) feeling in Bob. Any further requests from Hans are likely to exacerbate this dynamic and leave Hans feeling like he can’t take Bob at his word.

Trust me–The way to Hans’ Herz is not through the „how’s it goings“ but through treating your spoken (or written) word as a promise. That’s his comfort zone.

Since it is always easier to prevent a knot than to undo one (I throw the full weight of my parental shoe-tying career behind this statement), I offer the following suggestions to Hans and Bob:

For Hans:
1. Dude. Go Zen with short but sweet conversational flourishes in your e-mail and telephone style. I get it—time is money—also for Americans. But again, we mix personal and business more than the average German, and this is definitely an example where higher context counts. A spoonful of small talk makes the medicine go down.

2. Low-context master that you are, WERK it by letting Bob know from the first request when (as in, exact date, feel free to build in some buffer) and why you need what you need. Big bonus points if you can smoothly and subtly convey how he benefits from doing his part.

3. Assuming you have built in the buffer, if you haven’t heard from him by the original set date, send Bobby-boy a friendly but clear reminder that you urgently need [xyz] for reason [abc].* This would be an opportune time to start considering whether there are other channels through which you can get the needed information. Call it Project Bob Workaround.

(*Here’s where I should mention that another common piece of feedback from my German friends is that the „urgent“ exclamation point e-mail symbol is vastly overused by American counterparts. I would advise doing away with it and instead highlighting the deadline in bold text. Consider using „Action Required: Document [xyz]“ in your subject line) 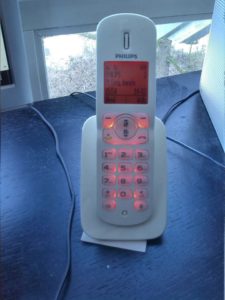 Although time zone differences can make it challenging, a phone call is sometimes a better way to do business with rapport-loving Americans. Just please don’t accidentally call Bob at 3:00 a.m. He won’t like that.

4. Still all smiles but no documents from Bob? Here are your options:

a. Get Bob on the phone. Perhaps he will be more responsive via this somewhat less disembodied channel;

b. Failing this, put Project Bob Workaround into action (assuming that’s an option), or;

c. Take the Bobster on an escalator ride by CC’ing his supervisor.
I know that feels icky. Keep the message as matter-of-fact, goal-oriented and non-accusatory as possible („I need this document by the end of the day tomorrow at the latest [for this reason]. Bob, are you the da man or is there someone else who handles this? Thanks!“ (substituting, of course, „contact person“ for „da man“)

5. In the happy event that Bob comes through for you, do NOT neglect to thank and praise him: „Awesome, exactly what I needed! Thanks a million!“. Yes, even if he’s just doing a routine, expected task of his job, even if you had to pull teeth to get it. Upbeat, positive communication is the name of the higher-context game here and is more likely than not to have a motivating effect on Bob for future teamwork.

Alrighty then, Bob. I’ve got some words of cultural wisdom for you too:

1. Bob, meet Reciprocity. Reciprocity, meet Bob. Okay, now that we have that formality in the bag, let’s zoom in on what it means. Friendly, down-on-the-farm communication style is your sweet spot. Mine, too…totally get it. Wish it were the global norm. But, like I shared earlier, Germans like it a whole lot when you say what you mean and mean what you say. Their fluffy, cozy emotional featherbed is when the words you say match your actions to a T. Rapport-building chit-chat is fine but does not replace the elixir of low contextuality (that sounds a little Barry White, doesn’t it? I need to crank up a soundtrack). You know what the payoff is, though? The more you stick to your word, the more chill Hans gets. Before you know it, you’ll be clinking beer steins at the Hofbrauhaus and humorously speculating exactly who invited David Hasselhoff to the Berlin Wall all those years ago.

2. Doing business globally is becoming the new normal. Intellectually, you know this. In practice, we as Americans need to up our game on the cultural awareness front. Did you know that WalMart—WalMart!–was a yuuuuge floparoo in Germany? Google it. Basically, it came down to a woeful lack of intercultural homework and of really trying to find the pulse of German consumers and of standard business practices.

I’m not blaming you for that, Bob. Not your fault. But what I can probably say about you is that close, collaborative, smooth teamwork with folks an ocean and several time zones away is not intuitive for you. That’s okay. The USA is geographically pretty isolated and shares a border with only two other countries, one of which is arguably sufficiently similar to it culturally and language-wise.

You, Bob, are a man who likes his orders to come from someone on-site, or at least regional. You have your own to-do list, thank you very much, and direct directives issued via cyberspace chafe like strappy sandals on sweaty feet (do you own a pair of strappy sandals, Bob?). But, this is the workplace of today as well as the future. You and Hans—all the way yonder– are rowing the boat together. And, I’ve already advised Hans to loosen up. I got you covered.

3. Bob, back to the topic of say-what-you-mean-mean-what-you-say. Don’t tell Hans things you think he wants to hear. It’s entirely possible that he has asked for something that—for whatever reason—is not within your capacity to deliver on. Or maybe the deadline is not realistic for you. Whatever the case may be, say exactly that to Hans. Trust me, he’ll appreciate that so much more than an assurance you will not be able to stick to. It would be swell if you could connect Hans with someone who can provide what he needs (and please do not do this by simply clicking the „forward“ button on Hans’ request to an entire distribution group. What happens is, everyone ends up ignoring it), or give him a realistic date when he can expect whatever he needs from you (and then honor this).

4. Remember, always, that though Hans is surely communicating with you in English, it is not his native language. Seriously, could you conduct business in German? Most likely not, I reckon. So, please give Hans a break and lay off colloquial expressions that he’s not likely to have learned (Bob:„Hans, give me a ballpark figure“ Hans:    ). In exchange, if you’re lucky, Hans may teach you some groovy German words to toss around at your next neighborhood BBQ.

Like any productive relationship, it’s the give-and-take–in this case, fueled by intercultural savvy–that will make the engine of global teamwork run smoothly.  If a German-American business relationship is in the cards for you or your company, book an intercultural training to avoid the pitfall before you stumble into them.